Visit the website of the Yarmouth County Tourist Association, where a list of events and attractions is sure to offer something for everyone. Yarmouth area in Nova Scotia is a true seaside community, with fishing fleets, lighthouses, massive granite headlands and numerous coves.
http://www.aboutyarmouth.com/ 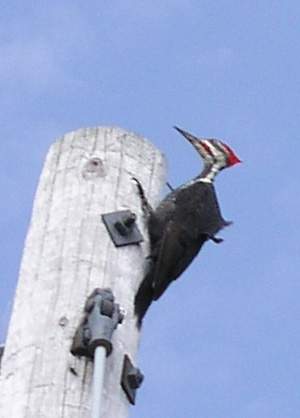 Pileated Woodpecker in my Backyard

Radio CJLS is the Tri-Counties' premier entertainment and news source; visit their website or tune in to 95.5 FM for the latest updates and information.
http://www.cjls.com/main.php

Photos from the Cove

with metal wings. Beyond the breakwater,

something is rotting, its soul a membrane

caught on eelgrass and marsh greens.

to chant summer’s end. They have no

care for the thing dead, but sing a shroud

across its outline. Their feet skin-stick.

It sprawls in squid shape, with corkscrew

arms that gum grit and one hollow eye

sealed against sunrise. Too sweetly,

with a crush of plover eggs in their wake.

at the margin of Zekiah Swamp.

From his bedroom window, a shadow boy

stares into the quiet yard, listening

for his father’s pickup. Clotheslined

In the saltbruised church hall, women

by lichen. Floral anchors and roseate

urns rise from the nameless grass.

roll and break against walls of sand. 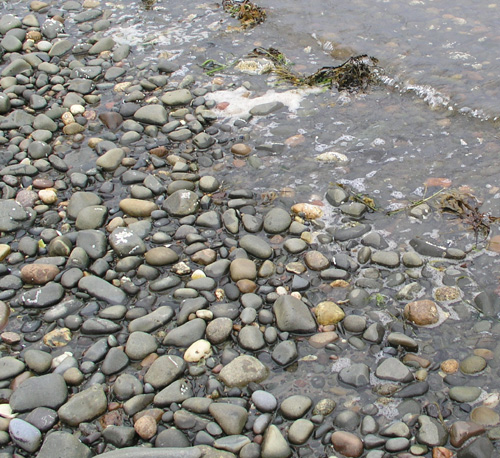 Across the water we watched the starspackle spit
of guns that grunted and coughed over pitch and swell
from a darkened barque that juddered and swung and fell;
when our deck blew off, I arrowed the air on a sprit.
Slicker than tar, an unbreakable storm cascade
flung over our rolling bones as a score were trapped
by wave wrack, sucked under sail, their foreheads wrapped
with seaweed crowns, their cruciate legs outsplayed.

Then the ocean rose to a hill we could not climb
and our new dead rippled like ribbons over its crest
with frozen bows of hands on abandoned breasts,
while undines prisoned their souls in coats of rime.
Washed naked but safe, I grappled a better rest
than the white salt-men made gods before their time. 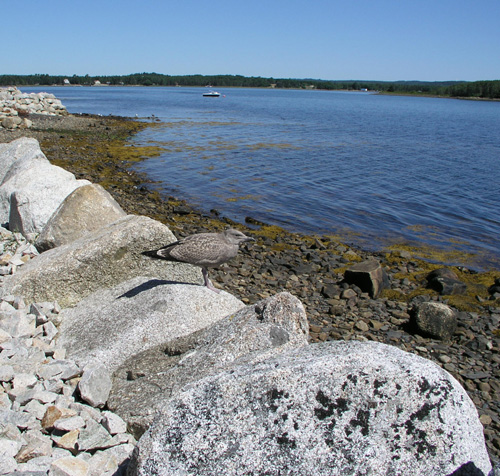 On this, our Mayday morning, we bounce pebbles
flat as arrowheads off the crawling water. A bored gull
swings close to inspect the links of their ringed pattern.

I regret his letdown, though it’s useless to follow a lure
with no bait struggling against the barb. You bend
for another stone, finding instead a skate’s egg case,

its former citizen gone to salt and probably dead
by now, victim of a better maw – like us, or at least
like me. The horned hollow proves that some things

learn to live quickly. I tuck it into my breast pocket.
Choosing a sharp rock, you laugh past me, at the bird
still gliding low and hopeful. Your arm is precise. 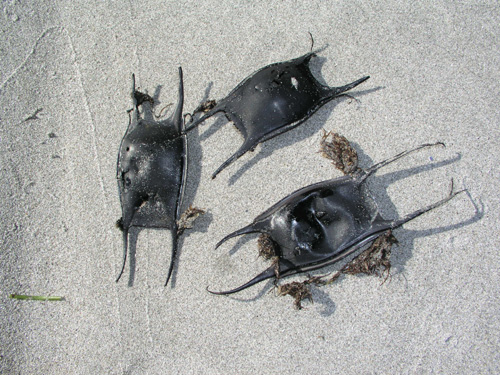