Do falling stars open holes in the sky,

spaces through which the dead pass, on their way

to meet angels and grow to more than atoms?

Or will they bloom and dissolve, aster ghosts -

For every flower that fades at ,

must one of us be offered in exchange?

This poem introduces my young-adult novel; the central character is a teenager who writes poetry as a way of dealing with her problems. I once did that, too. - Brenda

The Mother Who Raised Me

Although she did not give birth to me, the delightful woman whom I will always call Mother has left me an enduring heritage. She was indomitable, humorous, generous and - sometimes - very stubborn!  After my father, Albert Thomas Levy,  passed away in 1985, Mom managed alone for just over a year, then suffered a major stroke and came to live with me.  She helped to bring up her beloved granddaughter, and became a fixture among Yarmouth's seniors and IODE members. Mom left us on November 13, 2004, at the onset of a massive snowstorm that blacked out power for five days!  I'm sure she would have been pleased with such a dramatic exit. 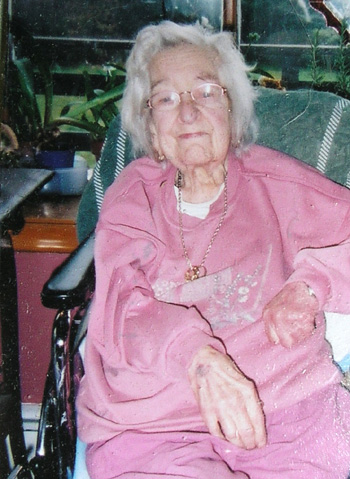 Helen Ruth Levy, my Mom. Photo taken about two weeks before she passed away.

In the Darkness before Mother's Day

While I hide behind this desk,
insulated by poetry and wine,
my mother is bent on deciding
whether or not to die.
Her throat bubbles obscenities
that I translate as prayers
in a pleural language.

Beside the door, her oak dresser
is clothed with a scarf of dust.
Nobody can disturb its residents:
Nana with the dancing dice eyes;
Grandmother with stepladder forehead;
lost son in his sailor suit
who inhaled meningitis, playing
hide-and-seek in a gutted store.
I was adopted to replace him.

Dad is rectangled by corrosion,
too wide for his silver space,
boxed beneath lieutenant’s epaulets.
Beside him, Grandfather peers vaguely,
myopic purveyor of Artie’s apple pies
in a college-town café. His aorta
slammed shut before closing time.

She talks to them in sleep; I hear
guttural dialogue, not quite pillowed.
Sometimes their laughter falls
like the passing of rain, or perhaps
just a loose blind, worried by wind.
A spare frame waits in her drawer.

Knowing that I am here, she
calls for water and diazepam,
chokes on the glass.
In this postmidnight throb,
she sighs within a twist
of sheets that rise like bellows,
collapse, inflate again. She stirs
at an owl-call low as an oboe,
struggles under its weight.

"Take off my slippers, please?"

They're already on the floor.

The alarm claw-clicks like a beetle
skittering past the portrait gallery.
I'm almost finished, and my blank
verse builds to its unrhymed finale.
There are no profanities left.

She has outworn all her friends
save one, his bedroom slouch
gliding behind me as I quiet
the cobalt blare of my monitor.
He sidles through our dimness,
waits for her fountain throat
to splash back into silence,
then softly lifts the comforter,
down-pressing on her chest. 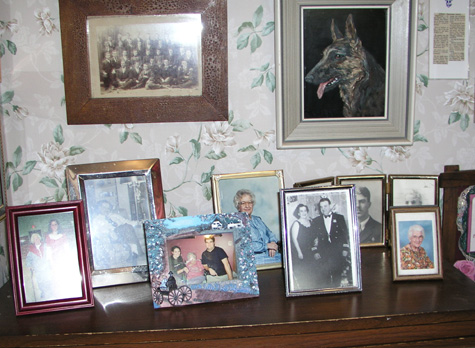 My mother expected festivities among ghosts
might include petits fours at best - but nothing
like divinity fudge, angel cake (for holy hosts)
or icing dusted across each crown and wing.
No car'mel ambrosia smeared all over the streets,
(the avenues given to honey and berry liqueur);
curls of whipped cream, slathered sauces, treats
in celestial bowls - blue glass -  or taffy thicker
than her maple cane. No jugs (with golden handles)
of melted marshmallow in twists and sticky strands
to invite the finicky spirit.  And surely, no candles
like atomic gods in celebrants' outstretched hands.

I'll miss my chocolates, she mourned.
Perhaps, I said,
but for you, a sweeter feast is set to be spread. 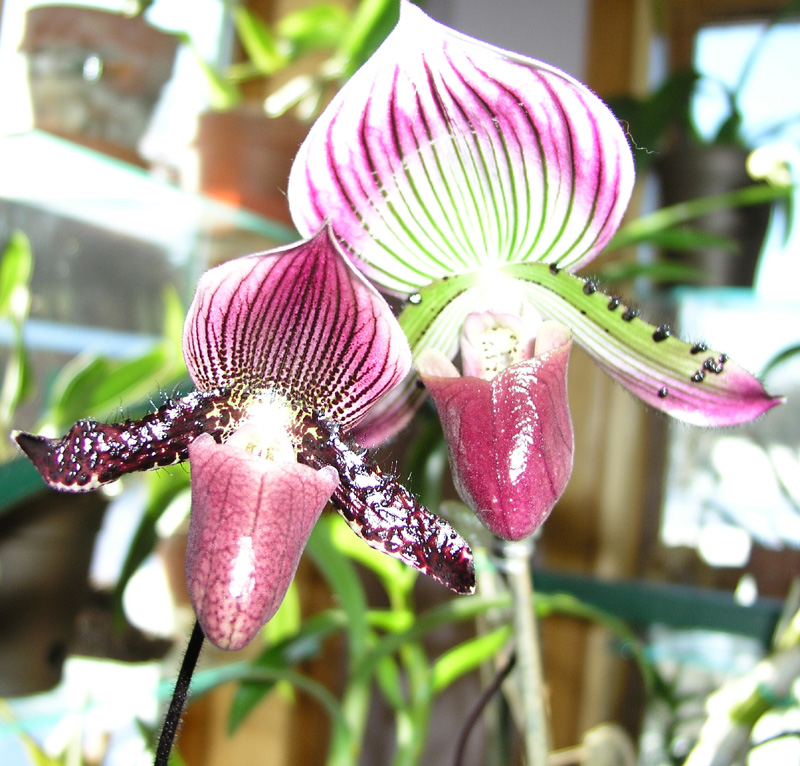 The light comes first (and afterwards the sound),
bright as knife slices, striking steel on steel
while cruel harmonics scatter. Yes, the light
comes first, though sideways, like an anxious eye

half meeting mine, with glances (that tell all)
directed elsewhere. On another hill,
embroiled by wind, the palebone birches snap.
Jack pine and hemlock bend in (perhaps) prayer.

An ozone signal is relayed across
the shuddering horizon, printed huge
and fearful as some morning paper death
I recognize, mine not so far behind.

The wet air smells of grief. Its tendrils twist
toward a cavern hidden in my head.

The tide rolls over mudflats on Blue Beach.