These pieces have a bit more "bite" than some of my others.  I can be cynical by times, or bitter, and it shows in what I write during these periods. The proverbial Dark Night of the Soul is very real, and I've endured it more than once. The poetry on this page and in the next section - SacraMental Poems - is in many ways interconnected.  One's personal experiences color his or her entire outlook;  they dictate how we will deal with the mortal conundrum that leads to a terrifyingly unknown ending.

I hope you like them, nonetheless. It's my belief that sharp questioning is a boon to the soul! - Brenda Lines Written on a Bathroom Mirror

It’s speckled, your head, with spattered

moles and tiny red porepoints. They

in a stripped landscape. Washed by

daylight and shadow, your skull’s

rotunda caps the waning of your mind.

for exposure, anxious to be out, to gloat.

I trace constellations on your scalp,

every spot a star, each quadrant visible

since you have transparent hair.

Those last curls are hopeless liars;

dead from the outset. You once believed

in time without end, but grew half-bald.

Now you study the bend of your own cranium.

barrier between remember and forget. I lift

forelock wisps, squint through your eyes

into the skull behind. “You’re hot,

I have a bone to pick with you. 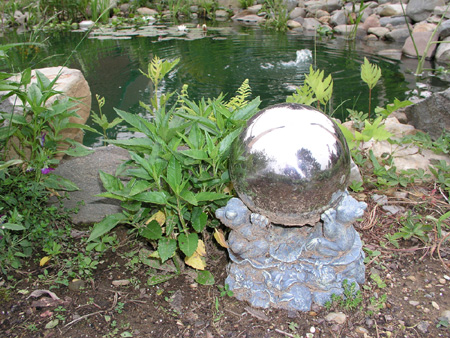 Therefore Sarah laughed within herself, saying,

"After I have waxed old shall I have pleasure, my lord

You rouse me from a morning’s worth of rest,
rare now that I’ve passed half a hundred years.
One cabled claw swings past the lace curtains,
shadows my bedsheets, finds its victim gone.

Your beast bucks under you in its hunger,
obsessed by ripping ground, masticating
birches with their delicate skeletons,
soft-ringed spruces nurtured by amber veins.

You direct those steel teeth to hunt boulders
and spit stones into a fresh trench -- no firm
or final bones, just granite promises
that echo as they bounce away and down.

This newest hole is dank and smells like rust,
an opened uterus, flooded by thick
and unstoppable waters. I - who bend
above it, a mere hollow trunk – am saved. 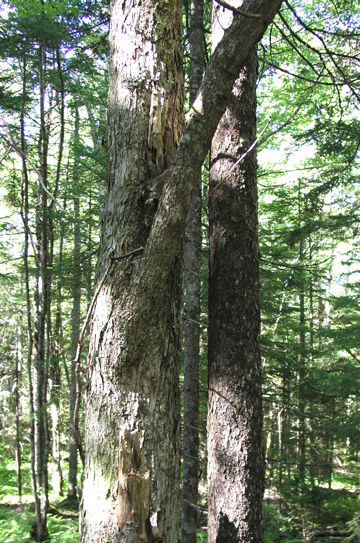 A hardwood and softwood grow close, embracing like lovers.

Grass slices thin wires
across my shins. Thorn tips stroke
and withdraw, poised to attack.
Friendly spiders with silk legs
caress my arms. I dare not
flick them: the quiet is a friend
who circles my huddle
of stones, moss, evergreens.

Our father’s rage reddens
his bull voice, not a Sunday
sound but I pray anyway, and wrap
myself in the words of worship, ‘God,
don’t let him find us. Please, just keep
us safe.’ James crouches
beneath last year's mouldy
leaves at the margin of our yard:
my brother, battle-braver,
tensed to bolt if cornered.

After the priest’s visit, we await
paternal wrath to come, legacy
of the Lord’s Man, whose reminders
have incised fiery damnation
into a wet soul. 'Mea culpa,'
Dad slurs in an alcoholic wash
and much later, rouses holy
trumpet blasts of hell:
our certainty, not under
the Earth, but already on it.

Then his glass sprays its fast
syllables into a wall. Two rum
bottles burst their topaz

expletives against the carport floor.
We hear our mother’s keening
as she mourns another afternoon’s

beneath her quick broom,
glitter-gritty, the lonely
shards that pierce her hands. This garden is sour;
its vinegar ache
unsettles my nostrils.
I trench the ground
to broadcast swirls
of calcium meal,
whose ossified grains
fall white and round.

If broken bone
is best to sweeten
earth made bitter
through tainted rain,
the skeleton soil
of Kabardino
must ooze a syrup
of sugared pain.

This was written after hearing a news item about a mass grave discovered in Kabardino, Russia. Hundreds of skeletal remains gave mute testimony to wholesale execution of helpless victims whose 'transgressions' were unknown (but no doubt politically motivated). It was a world away from where I worked in my own backyard, yet I couldn't stop thinking about those poor people and their horrifying fate.

This village girl could be my daughter's ghost
beside the wall, sent here to pilfer arms
or ask for bread. She'll not be given both!
Still, these are holy days; compassion calms
my sword. The gods peer through midwinter haze
and judge in secret, while a roadside stream
prays fearfully (but this child’s steps are brave
as she confronts me). Then my torch's beam
outlines her blinded face, a frail nightwraith
with melted-candle skin, whose clouded breath
exhales damnation. She provokes my faith
to insulate me from her eyeless death.

I aim a spear for mercy's sake; the stones
await my latest offering of bones.

The soldiers seldom speak of their assigned tasks, odious though they may be.  The murders of women and children are ongoing; the poverty created by an invading army's destruction of local communities can force ordinary citizens into taking extraordinary risks. Is it indeed merciful to end a life doomed to future suffering? What hope exists in this place for a wartime child with no eyes, no defenses? Does the guard do the right thing? And on whose head does the sin actually lie? 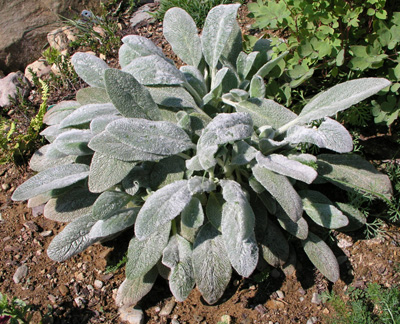 Once his mouth was stitched and sealed,
the nine court poets mocked its loss.
Instead of ink, they offered iron

until he bled the last of his lyrics.
"You must talk with buried throat, and there
will never again be song or light."

His only daughter cried from her chains,
"Your tongue once called the sky to me
and its stars are here, beneath my ribs."

The eldest master, with falcon grace
bowed to her guard, who blessed himself
before he flexed his idle arms.

She did not flinch from the whip’s thin arc
or cry as it wrapped her willing throat,
but grasped and tightened the coils instead.

From his place of shame, her father braved
all twenty eyes, then gathered her close
as a folded wing. His lips convulsed

under their silk-sewn bondage. Lost,
he placed his banished manuscript
like a sideways kiss upon her neck.

Today I dig their collapsed remains
and exhume a sheaf of powder words
from an open skull, whose speech is sand.